Latymer’s rowers have had a busy period of racing.  Our Boat Club have entered our largest ever cohort to the National Schools Regatta with over 135 pupils competing across 26 events. 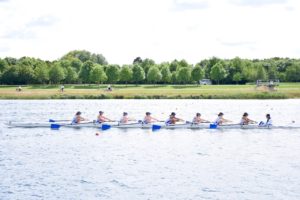 After three days of racing culminating in eight crews in the A finals, 12 crews in the B finals and two in the C finals, Latymer came home with a well-earned silver medal for the Senior girls’ second eight.

More events over the weekend across the pond yielded more success for Latymer alumni rowers:

Well done all past and present Latymerian rowers! Now our sights are set upon the racing at Henley, early July.