Latymer Upper School students are celebrating a record-breaking year with stellar results at A Level and places at the world’s leading universities. 82% of all the results were A* and A grades, with nearly half (46%) A*.

Behind these statistics are many individual success stories. School Captain, Simdi was amongst the 41 students who scored all A* grades. Simdi will now take up a coveted place at MIT. 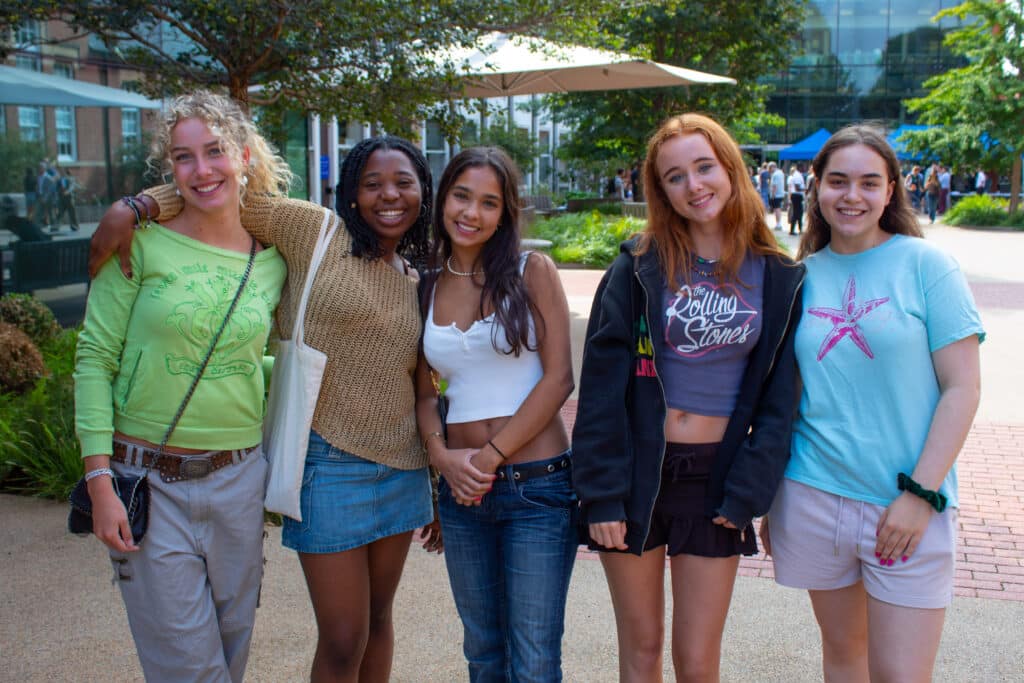 49 students achieved at least 3 A*s and 10 students, like Alexia, achieved 4A*s. Alexia has been awarded a scholarship to study engineering at the University of Toronto. 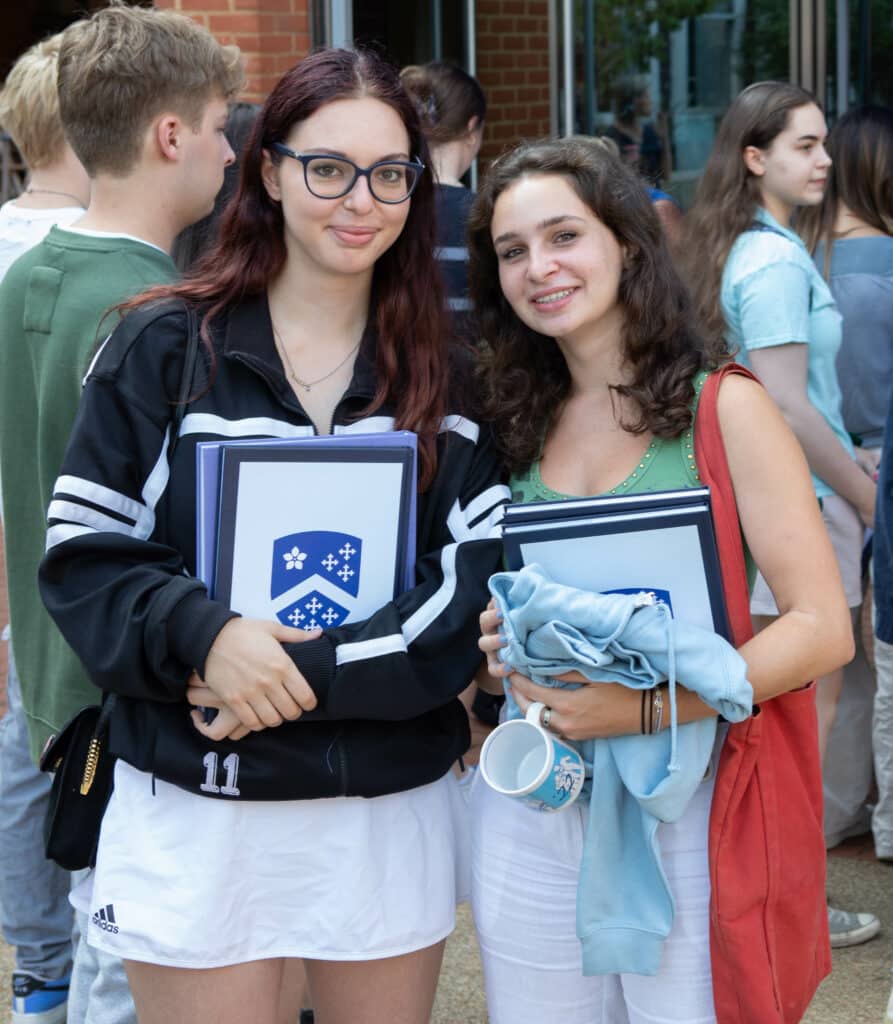 A number of pupils who joined Latymer Upper School two years ago in the Sixth Form did exceptionally well. Matilda achieved an unprecedented and almost unachievable, A*, D1 and D1 (D1 is equivalent to higher than an A* in Pre-U) and will now go on to Edinburgh to study Philosophy and Politics; Tanita, who also joined for Sixth Form, will go to Oxford to study English Language and Literature, and bursary student, Filipina, becomes the first Latymerian to take an apprenticeship degree at the Dyson Institute of Engineering and Technology. 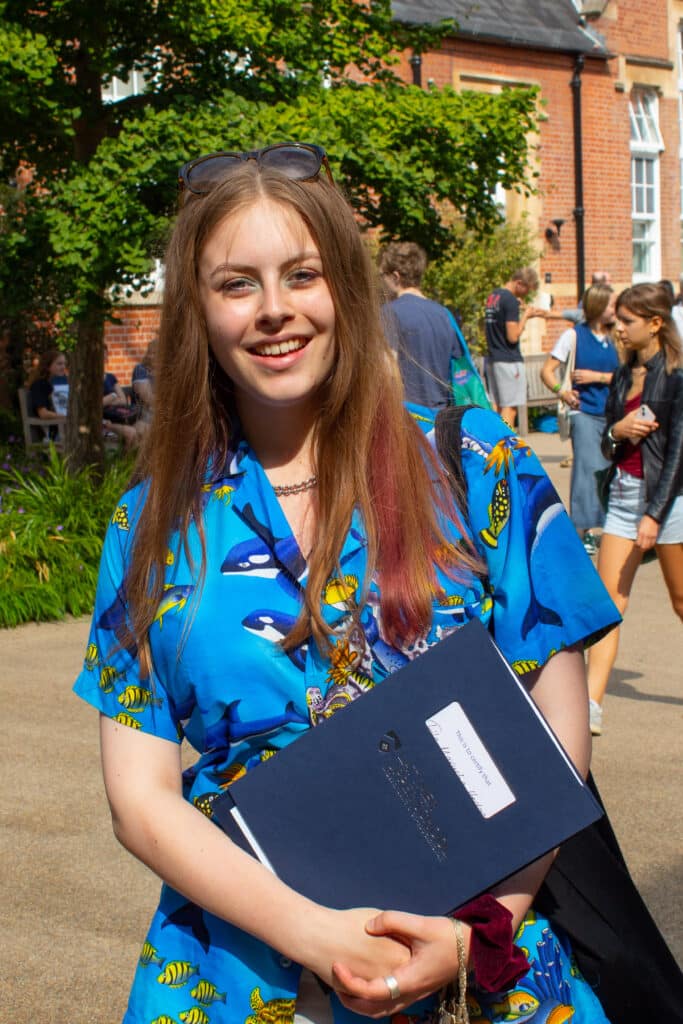 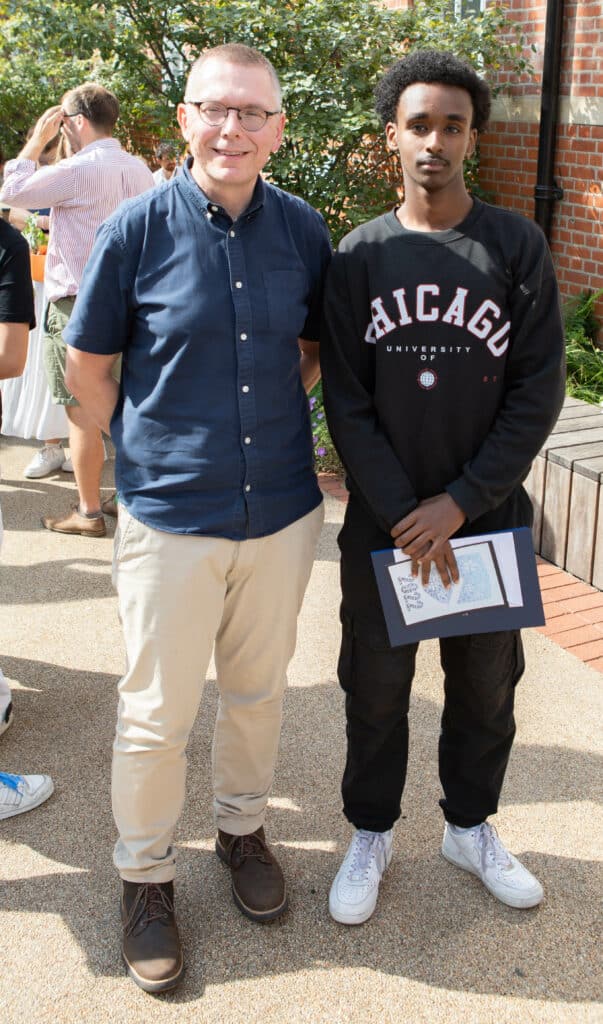 19 students, like bursary holder, Sophia, who will now go on to study medicine, including Abdirahman (pictured above with Head, Mr Goodhew) who will go to Imperial and Paris and Rosanna pictured below, who’ll be studying Medicine at King’s.

Clara is going to Brown to study liberal arts and Rosa is doing Foundation at City and Guilds School of Art; Tallulah will go on to study Film at the University of Westminster; Kitty will take up a scholarship at the Royal Academy of Music and Stanley will attend the Royal Northern College of Music to study guitar.

School Vice-Captains, Nina starts at UPenn in September and Santiago has been awarded one of the most highly selective merit scholarships in the USA, the Jefferson Scholarship. 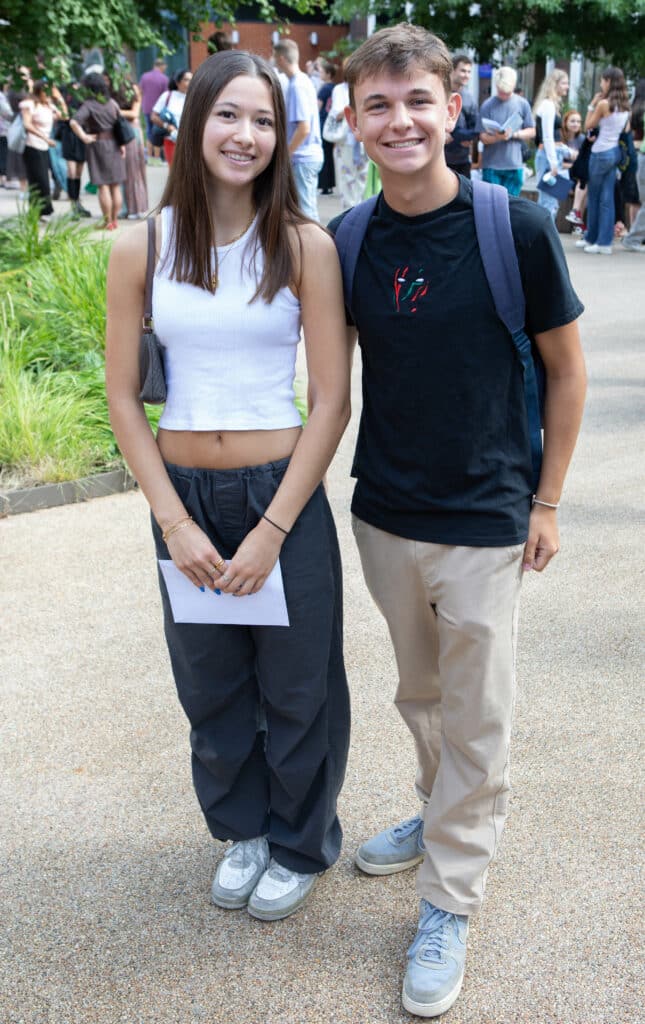 Head, David Goodhew, said: “I speak for everyone at Latymer when I say how proud we are of these stellar results. Our Class of 2022 have been outstanding and their achievements are phenomenal. They have shown great resilience and worked incredibly hard throughout a very tumultuous period. My thanks to all of our staff who go above and beyond to support them and prepare them in their subjects.”

“These are our best ever exam results in ‘normal times’,” he continued “and I am particularly proud to see how our bursary programme continues to have a  life-changing impact, with so many of our bursary students going on to study some of the world’s best universities.”

88% of students who applied to university have secured a place at their first choice. In addition to the excellent outcomes for those named above, large numbers of Latymerians have had their places confirmed at the UK’s leading universities, including Bristol, Durham, Edinburgh, Exeter, Glasgow, LSE, St Andrews, UCL, York and Warwick. With a record number of offers from International universities this year, many Latymerians will be heading abroad to study at world leading institutions including Brown, Bocconi, Carnegie Mellon, Columbia, Cornell,  ETH Zurich, Georgetown, McGill, MIT, NYU, UCLA, UPenn and Yale.

Congratulations to all of our students and we wish them all the very best for their future endeavours.