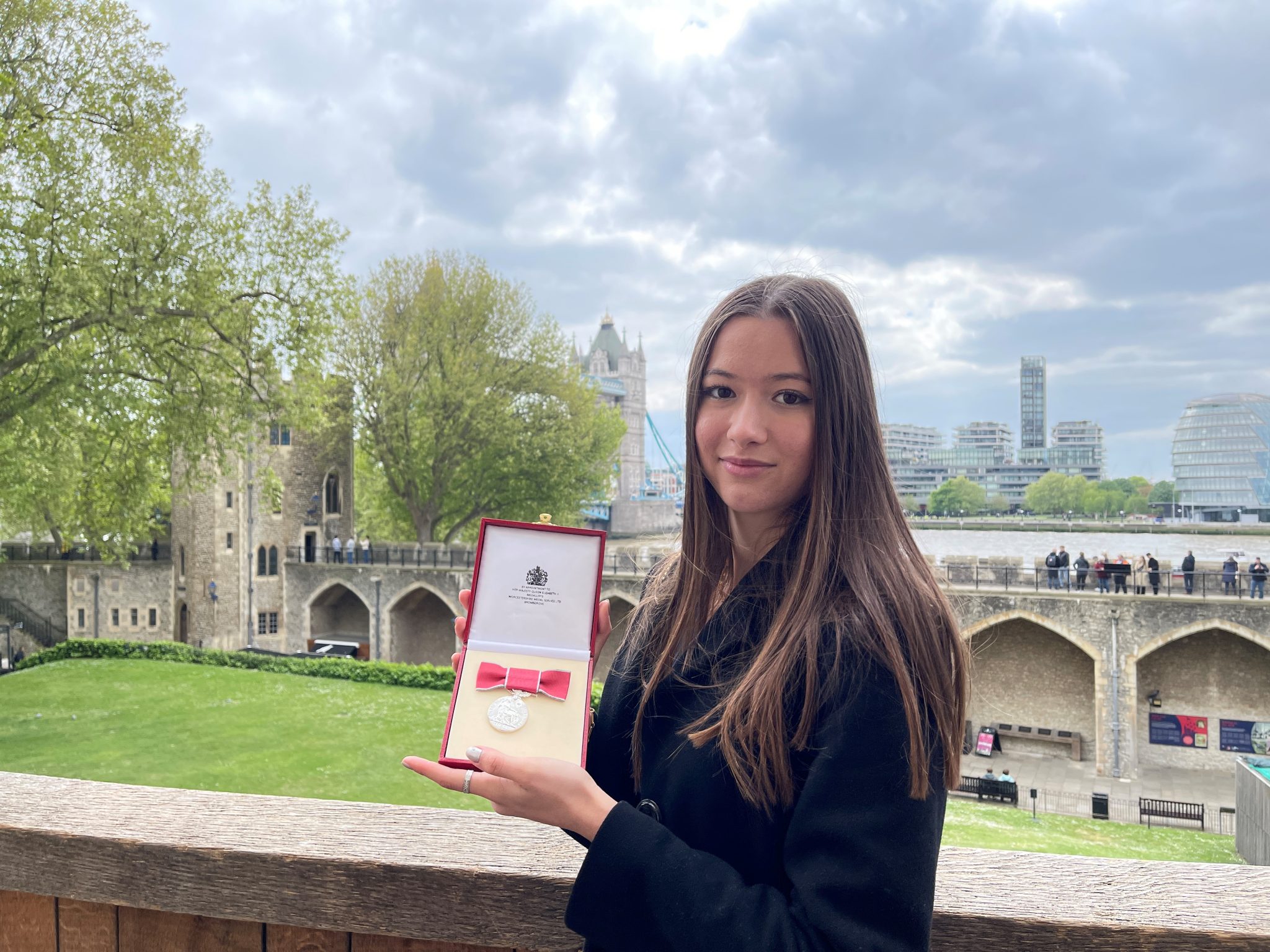 Sixth Form student, Nina, has collected her British Empire Medal (BEM) at a ceremony at the Tower of London.

BEMs are awarded to people for a ‘hands-on’ service to the local community and Nina has been recognised in the Queen’s New Year’s Honours List 2022 for her intergenerational initiative, Community Senior Letters. She is the first ever current student ever to be awarded this honour. 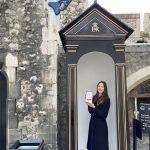 “It was such an incredible day,” said Nina. “Since I found out that I was included in the New Year’s Honour List, it all felt very surreal, especially with my A level exams coming up in a few weeks. Collecting the medal, in such an extraordinary setting, felt very special and it’s something I will never forget.”

There’s one more event that Nina is still to attend, as part of the celebrations around her award. Just before she sits her first A level exam, Nina will be attending a garden party at Buckingham Palace.

Nina has been successful in achieving an offer from the University of Pennsylvania where she will start in September. Before she heads off to University she is focused on ensuring the continuity of the initiative and is busy recruiting so that she can hand the project over to a successor to ensure a sustainable future for this extraordinary initiative. “It has been so fulfilling and a truly incredible experience. I am excited to mentor and hand over CSL to younger students to continue the legacy of CSL after I leave Latymer.”

Nina set up Community Senior Letters, a non-profit community project, that matches students in schools with residents in care homes, so that they can write letters, providing the elderly with a form of human connection that helps to ease feelings of isolation and loneliness which have been exacerbated by the pandemic.

Nina established the project just after the first lockdown started when she realised that she’d no longer be able to continue running Community Senior Music, her initiative to take musical entertainment into care homes. Nina felt that letters could really help to lift spirits and put a smile on the residents’ faces, while the students involved develop valuable skills – not just writing but also kindness and empathy. The project enables intergenerational connections to be made and friendships to be formed, building a sense of community and benefiting society as a whole.

Over 250 care homes and more than 250 schools, both in the UK and internationally, have gotten involved, writing hundreds of thousands of letters. There have been letters sent from all corners of the globe – North America, Europe, the Middle East, Africa and Asia – with coverage in various media outlets such as CBBC Newsround, Telegraph and Independent, as well as recognition for Nina including The Prime Minister’s Points of Light Award, Children and Young People Now: Children’s Achievement Award and Hammersmith & Fulham Covid-19 Champion Award.  The BBC came to film with Nina at school for a show called ‘The Extraordinary Power of Kindness’. Nina and her initiative also feature in ‘One Hundred Reasons to Hope’, the book that Captain Sir Tom Moore was working on before he died and Nina is now linking up with The Captain Tom Foundation, as they share a similar mission – reducing loneliness and bridging the gap between young and old people. 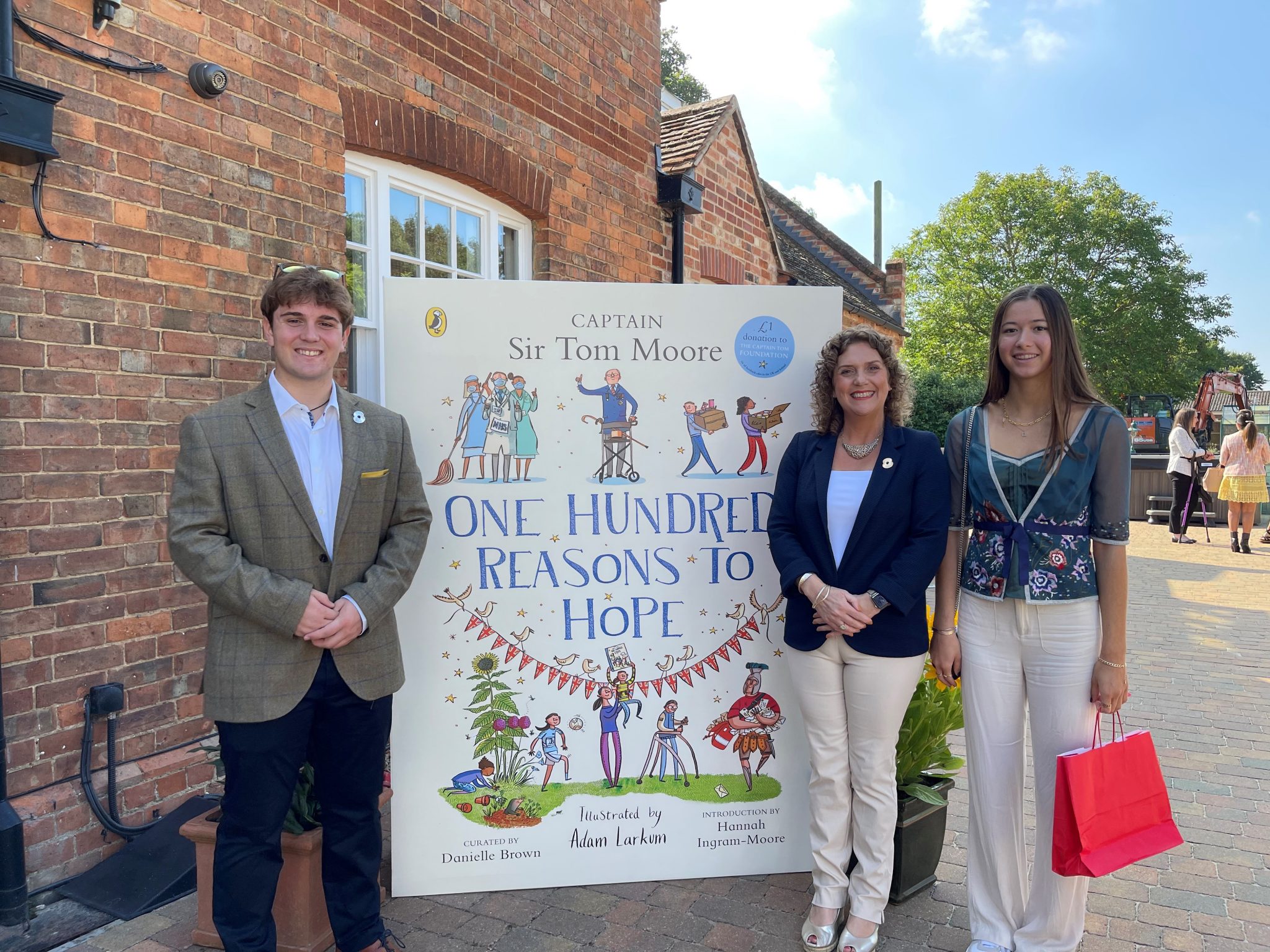