New joiner heading for career as a film critic..? 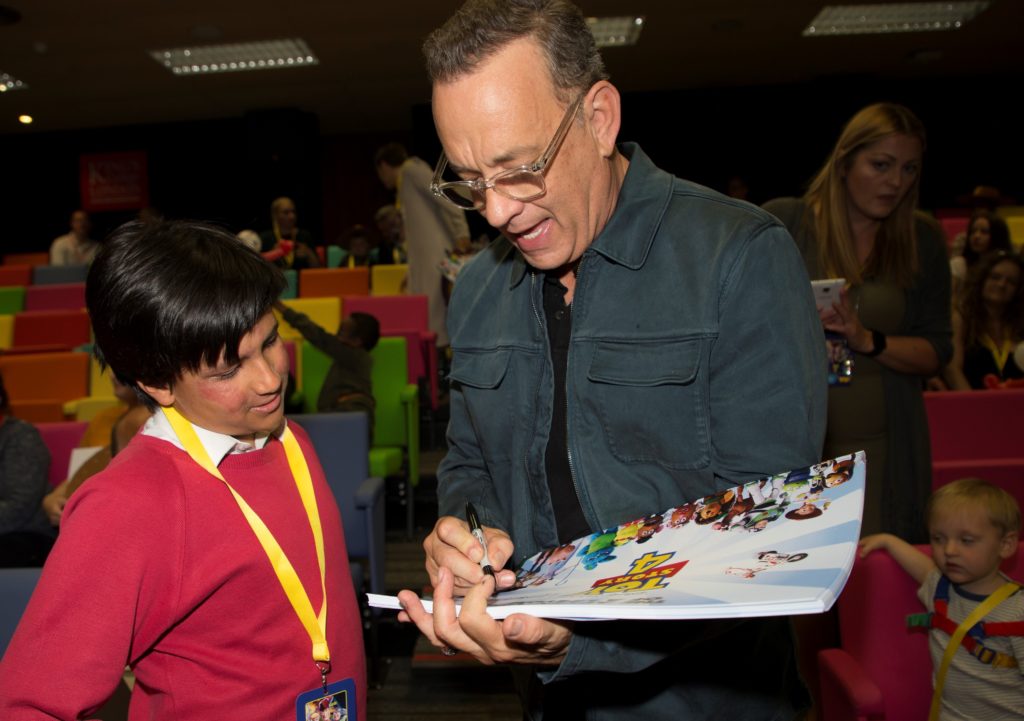 One of the pupils due to join our Year 7 in September had a wonderful surprise on a recent visit to hospital. Idris, who will be joining Latymer in the autumn, was visiting St Thomas’s Hospital last week, when he was lucky enough to run into Tom Hanks who was there to support the charity MediCinema.

Tom Hanks, the voice of Woody in the hugely successful film franchise, was there to introduce the film at a preview screening of the much anticipated Toy Story 4. Idris was invited to attend the screening and was also asked to write a review of the film that was published, in full, in Friday’s edition of The Mirror newspaper…. a film critic in the making…?