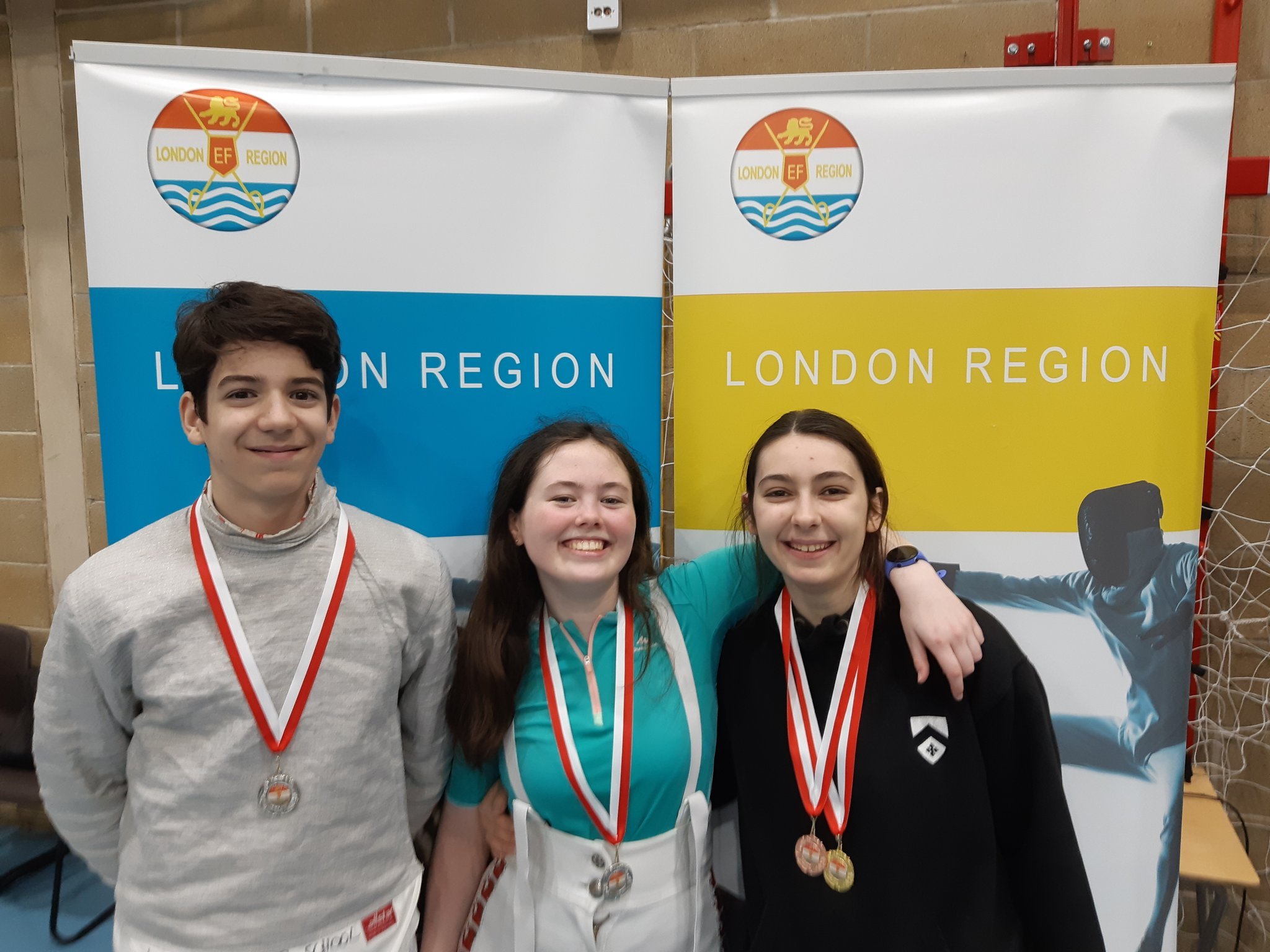 Congratulations to all of our students who competed at the London Region Youth Fencing Championships at St Benedict’s School, Ealing this weekend.  Eight students, from Years 9-13, qualified to represent the London Region at the British Youth Championships 2022, which will take place at the English Institute of Sport in Sheffield over the early May bank holiday weekend.

For almost all our students this was the first time they were competing in an individual fencing event as opposed to being part of the school team, with some finding themselves up against fencers who have competed internationally. Despite this, they came away with one gold, three silver and three bronze medals. The highlight of the day was probably the performance of Demir (Year 9) in the under 14 boys’ sabre semi-final, who overturned a 2-8 deficit to triumph 15-12.

“This was a good day for Latymer fencing and I am so proud of our students,” said Mr Boteler, Head of Fencing. “All our fencers should be congratulated on their sportsmanship, camaraderie and perseverance. I would like to thank Dream Fencing Club for their ongoing support and Zak Wheeler for his coaching and support on the day.”