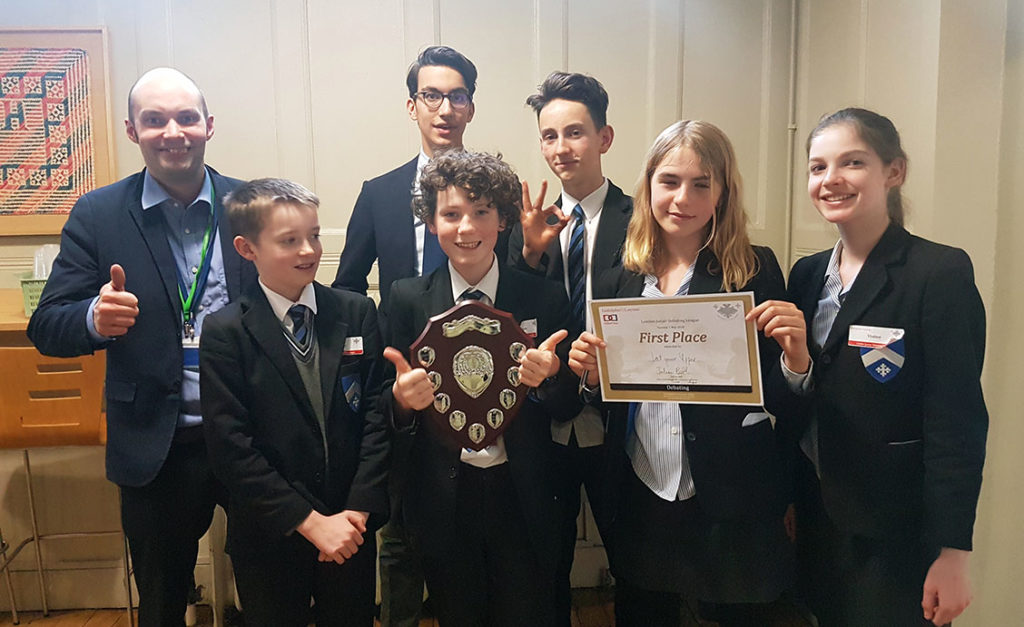 Congratulations to our 10 fearless debaters from Year 7 and 8, who retained our West London Junior Debating title for the second year in a row.

The competition, which took place last night at Godolphin, is very much a team effort with two pupils from Yr 11 and one from the lower sixth coaching our debaters. All three coaches have taken part in this competition when they were in Years 7 and 8 so know exactly what skills are required in this rigorous competition.

The results speak for themselves. Latymer remains undefeated, winning eight out of eight debates across the year.

In last night’s final, we were drawn against St Paul’s Girls’ in the prepared debate, arguing for the motion, ‘This House Would Cancel Brexit’. To qualify students not only had to win, but qualify with the first or second highest scores to make the final, so it was a real achievement by Caspar, Caitlin, and Rufus to win with such a big score.

In the unprepared debate we were drawn against St Paul’s Boys Juniors. Our team of Rufus (who impressively took part in both debates), Juliette and Tom argued for the motion that social media companies were responsible for content posted on their sites. It was a tough debate, but our team came out on top by 67 points to 62.