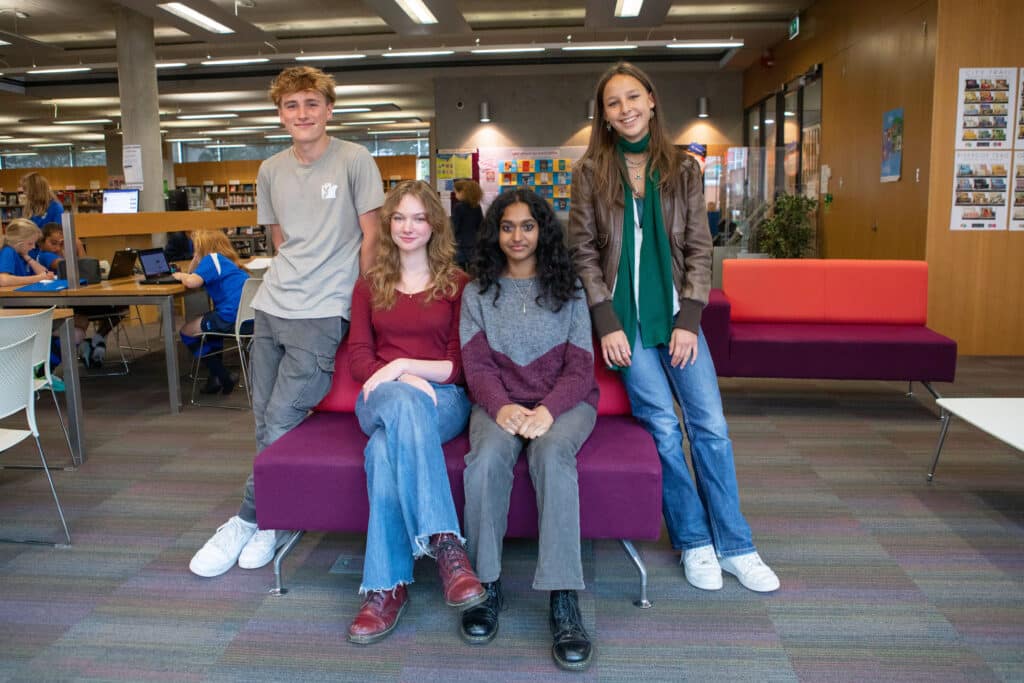 Congratulations to four of our Sixth Formers (pictured above) who have recently been commended for their entries in prestigious competitions run by Cambridge University’s Trinity, Queens’ and Robinson colleges.

Over the summer, Ismene won a special commendation in the Estelle English Prize run by Queens’ College, Cambridge. Her peer, Sasha, also received a ‘highly commended’ prize in Robinson College’s English Essay competition. Max and Pearl were commended in the Gould Prize for Essays in English Literature run by Trinity College, Cambridge.

These competitions recognise the talents and achievements of high-calibre students, as well as the commitment to the subject of those who teach them. Sixth Form students are invited to submit their essays and the authors of prize-winning and highly-commended essays are invited to visit the College.

Head of English, Mr Mitropoulos-Monk said: “In the last five years Latymerians have had one first place, a couple of commendations and plenty of other entries. The process of stretching yourself academically in the summer of Year 12 is valuable to all entrants.   To get four commendations in one year, though, all for English, and from both genders, is particularly gratifying. Attending the awards ceremonies is a really special experience, something these students will never forget. This impressive recognition of their effort and ability is a very helpful addition to these students’ applications to university.”