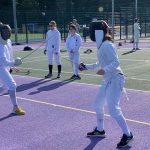 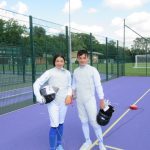 This was the first competition for Year 7s Josie and Maxi, who entered the foil. As the only under 16s, they were really put to the test. In the poule round Josie scored five points against much more experienced opponents to finish 5th. Maxi finished his poule 4th, having beaten three really tough opponents. 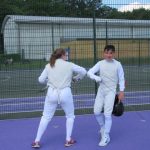 We’re so proud of all of our fencers who performed so brilliantly, fencing to the best of their ability and against tough opposition. They also helped to raise almost £500 for charity.