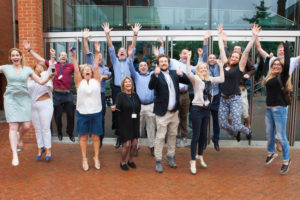 34% of grades achieved by Latymer Upper students were A*s

20 students have accepted places at top American and Canadian universities

Latymer Upper School Head, David Goodhew commented, “I am extremely proud of the Class of 2017, who have worked so hard to attain these fantastic A Level results. To have achieved such a high percentage of the top score whilst continuing their many co-curricular activities is remarkable – and what makes Latymerians such spirited and well-rounded individuals. My colleagues also deserve praise for having inspired and supported our pupils throughout their education at Latymer. I know the Class of 2017 will flourish at their chosen university and I wish them well in this exciting next stage of their educational journey.”

Behind the statistics there are many individual success stories:

– Michelle Challis is heading off to Edinburgh to study Veterinary Medicine whilst Daniella Boules and Harisanth Rajaram will go to Imperial College to study Medicine. All three joined Latymer on a bursary – Daniella follows in the footsteps of her cousin who was also at Latymer on a bursary and who is about to start her second year at Imperial.

– Bursary holder Adam Patel, who scored 4A*s, is heading off to Oxford to study Chemistry.

– Latymer has a reputation for producing great artists as well as academics. This year 10 talented pupils will study their Foundation courses at the country’s top art schools, including Kingston and Camberwell and the Royal Drawing School.

We wish all our sixth form pupils good luck in their future studies.