Latymerian wins a trip to China 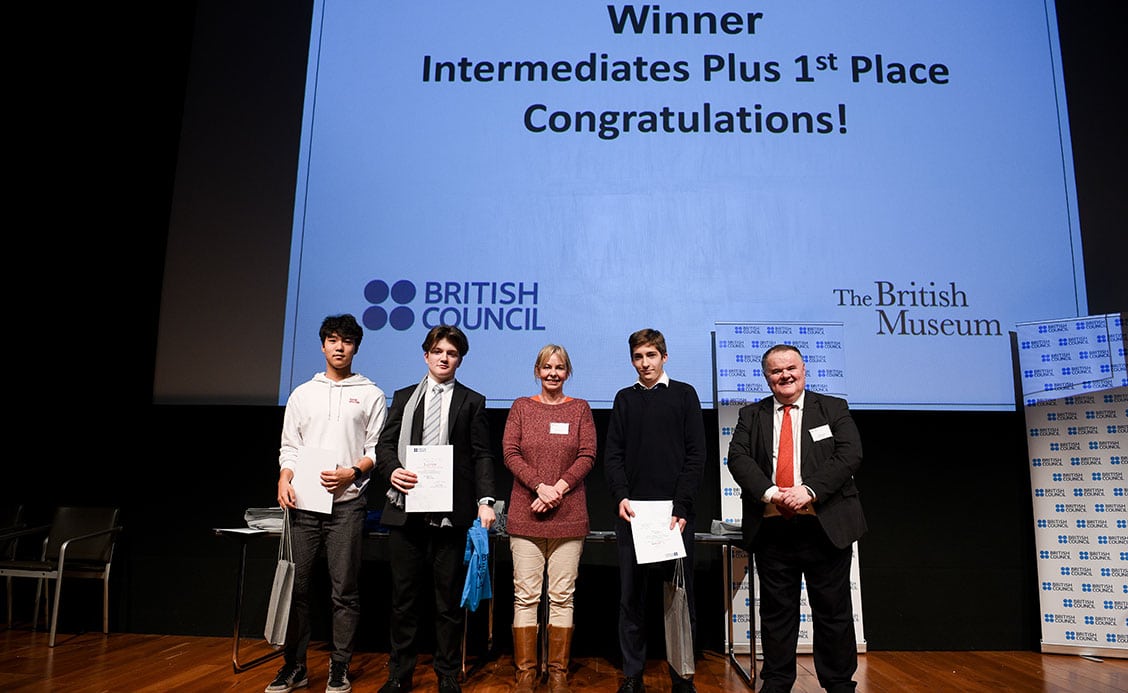 Congratulations to Calum Harri, who has won a trip to China after winning the British Council’s annual national Mandarin speaking competition.

Calum, who is in Year 12, won the first place in the Individual Intermediate Plus category at the final of the competition, held at the British Museum in London on 6 February 2019.

The competition, run annually by the British Council since 2003, drew 326 contestants from 85 secondary schools from both state and independent sector across the UK for its heats. In the final, 114 pupils from 39 schools took part.

Pupils at the final competed in either the Individual Language Ability or Group Performance section. In the Individual section, contestants gave a short presentation in Mandarin, translated sentences from English into Mandarin, and were tested on their knowledge of China and Chinese culture.

In the Group Performance section, groups of four to six students performed a piece of drama in Chinese – involving imaginative performances and costumes. The judging panel was made up of native and non-native speakers of Mandarin, from a variety of backgrounds.

Winners will take part in a week-long trip to China, visiting sights in Beijing and meeting local students through the British Council in China.

As the most spoken language in the world, Mandarin Chinese is vital for the UK’s place in the world. Recent British Council research has highlighted that Mandarin is the top non-European language in its report Languages for the Future.

Commenting on the competition, Mark Herbert, Director Schools and Skills at the British Council said: “Congratulations to Calum on winning this nationwide competition. He put in a huge amount of work and impressed the expert judges, so fully deserve the prize of a trip to China to discover more about the country and boost their Mandarin skills.

“Language learning is a vital part of understanding other countries and cultures. With more than one billion Mandarin Chinese speakers in the world, it is vital essential that even more of young people in the UK learn the language – those that do will find it opens up exciting study and work opportunities in our increasingly interconnected world.”

Since 2003, over 3,500 young people have entered the competition, inspiring them to further their language studies – some going on to graduate in Mandarin Chinese.

A team of Sixth Formers competed in the Regional Finals of the Goldsmiths’ Company Community Engagement Awards on Tuesday,...

The launch of our Higher Education microsite today marks the formal beginning of applications for degree courses at university...

The first week in March is usually the time when we celebrate the artistic creativity of our Year 9...