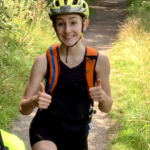 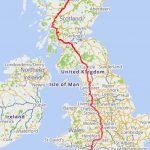 Y11 student, Angelika, is aiming to raise £2,000 for the charity Facing The World by cycling 1874 kms from John O Groats to Lands End, and climbing a height twice that of Everest.

“Having just finished my GCSE exams, my summer term has now ended and rather than head straight to the beach, I thought it was time for another adventure,” she said.

“My dad is an Oculoplastic surgeon and he spends time every year doing voluntary work abroad for medical charities. One of his favourite charities is Facing the World who specialize in Craniofacial reconstruction in Vietnam and other developing countries. He has told and shown me some of the amazing work that they do.”

Inspired by the work the charity does, last summer Angelika and her dad rode from London to Birmingham along the Grand Union Canal. The 240km distance took them two days and they managed to raise £712. Spurred on by this, they have set their sights on raising more and cycling further this year.

“We expect it will take us around 16 days to get to Lands End, bikes and bodies permitting,” said Angelika. It is possible that we may not get to Lands End, but one thing is for sure, that we will try our hardest, have a lot of fun and a great adventure whatever happens and wherever our journey ends.”

To donate, just click on this link to Angelika’s Justgiving page. She’ll be checking the link every day from wherever they are and every penny will help motivate them to keep going.