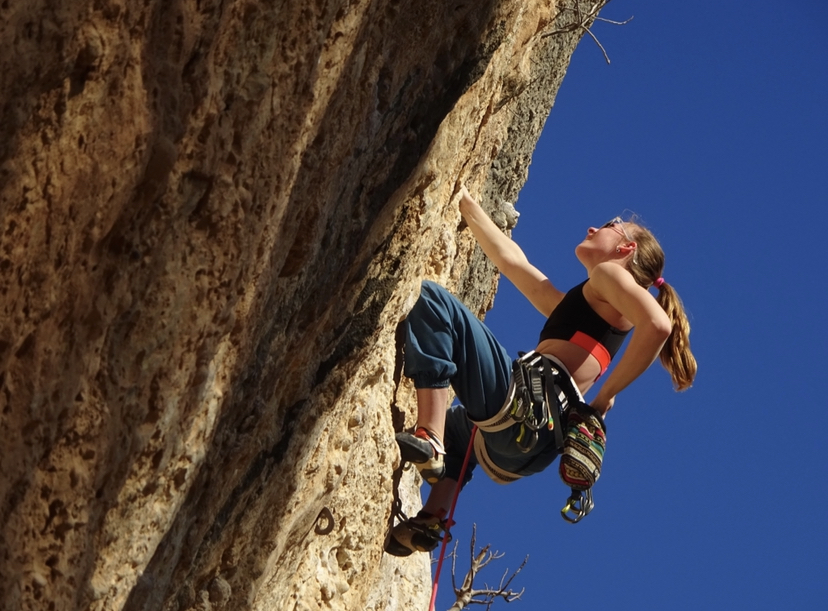 Congratulations to Y12 student, Willow who came in second at the British Lead Climbing Championships in November.

The British Championships is the biggest competition of the year with climbers from all around the country competing to win and for an opportunity to get selected for the GB Team. 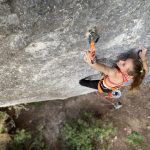 “Coming second is an incredible result,” says Willow. “After not having competed since 2019 due to COVID, I had no clue what level I was at compared to everyone else. Doing so well has given me a big confidence boost and reassured me that I am at the level I need to be at.”

Willow has been climbing since she was just 5 years old after discovering a love for it on a weekend away. “I enjoyed it so much I begged my mum to let me sign up for the club. I then started to compete when I was 7 at local London competitions, and at a national level when I was 10. When I was 12, I got my first opportunity to compete at an international level.”

Last Summer Willow managed to climb an 8B grade route in Spain making her one of only two girls in the country ever to achieve this at the age of sixteen. “As a climb gets harder, from smaller holds or a steeper angle, the grade will increase,” she explained. “The lowest grade is 3a and the hardest climb ever completed was 9c. The grades increase like 6a, 6b, 6c, 7a, 7b, 7c etc in an exponential manner. The average climber will climb around 6b in their lifetime. My 8b was very slightly overhanging on immensely small holds and footholds (the smallest being about 5mm in size). It required a lot of specific training and endurance to be able to climb like this, and I had been working towards this grade for about 2 years.”

Willow climbs/trains for about 15 hours a week. She has been doing specialised training at the Westway with the Westway Climbing Squad since September, focused specifically on the competition. As well as training with them three times a week for about three hours after school, she does home strength and conditioning sessions twice a week for around 1-2 hours and usually climbs with friends on the weekends.

“My next long-term goal is to climb 8C, which would make me the youngest girl to do so by a long shot! In the short term, I want to podium at the British Championships 2022 and get on the GB team,which has been a goal of mine ever since I started competing.”