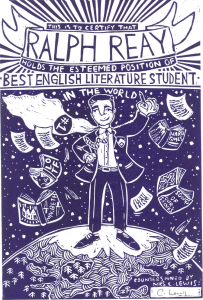 Congratulations to Ralph, in our Lower Sixth, who has scored the highest mark in the world for his English Literature iGCSE!

This fabulous picture was created for Ralph by our artistic English teacher, Mr Seymour, to celebrate this remarkable achievement.

Here, Ralph’s friend  Angelika tells the story of how he found out about this incredible achievement:

“As many of us know, GCSEs can be a flood of emotions. The months leading up to results day are riddled with doubt and overthinking. It is near impossible to predict how well you have done, let alone being able to anticipate winning such an impressive award.

However, in early October, Ralph received a phone call from the English department out of the blue. Aside from his initial thoughts of “what have I done wrong”, Ralph could not have predicted the news he was about to receive. It was at this point that Mr Monk explained that Ralph had won the Cambridge IGCSE English Literature award, falling into the tier of the ‘Highest Mark in the World”. On hearing this, Ralph could only describe himself as being in a state of “shock and disbelief”, the whole situation seeming to be “surreal”.

Each year, there are over 800,000 subject entries for Cambridge IGCSE exams. These are taken in over 150 countries and in more than 4800 schools around the globe.  Ralph is the first Latymerian to have won this award.

Despite having won this award, Ralph’s perspective on potential career paths has not taken a turn. Ralph has expressed that he has always wanted to “combine creativity with technical skills” and has ambitions to follow a path that “offers him a wide range of skills and interests”.

Here are some top-tips from Ralph: 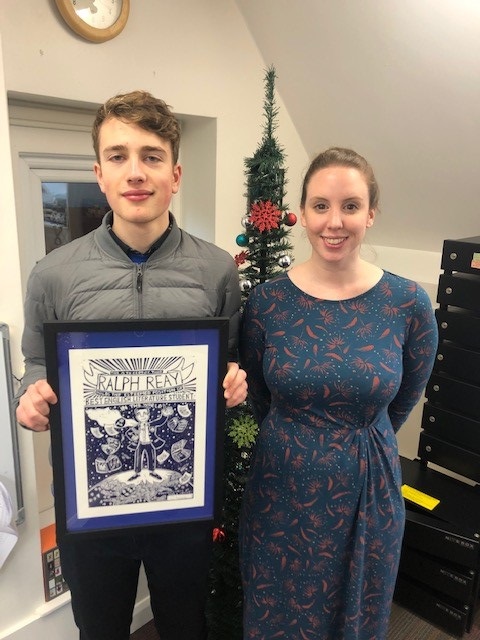