Over the Summer, Year 11 pupil, Siddhangana, climbed Kilimanjaro, the tallest mountain in Africa, raising over £2,000 for M-Lisada. 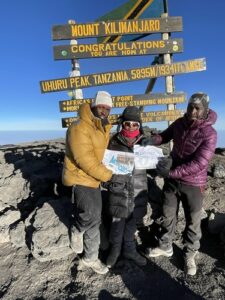 “The Latymer Uganda Project inspired me to want to raise money for M-Lisada,” said Siddhangana. “I’ve been greatly touched by its mission “To protect, heal, empower and support vulnerable children and youth through music. Life skills and education’ and I wanted to do something to raise as much money as I can.”

Siddhangana learnt about the work of M-Lisada at the Latymer Uganda Club. She said: “Initially I started  attending the club out of curiosity about Uganda. Over time, I learned about the work of M-Lisada helping children who have been forced to live on the streets of Kampala and Kalangala and I was really touched by the video they sent to Latymer thanking staff and students for the donations of computers, clothes and toys that we’d sent over to them. That’s when I decided I wanted to do something to raise money for them.” 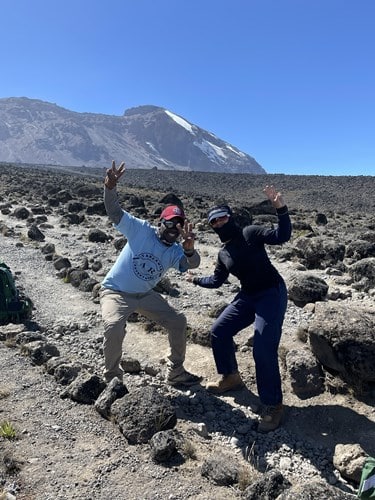 At 19,340 feet (or 5,895 metres) the climb is not for the faint of heart! Siddhangana has been walking with her dad for the past few years but had never taken on anything like the endurance test that is climbing Kilimanjaro before. “I trained really hard, building both my physical and mental strength. Its a 7-day climb through the Machame route with the final ascent to Uhuru Peak – which is higher than Everest base camp,” said Siddhangana. “Also it’s at the Equator, so you go on this awesome journey that meanders through tropical rainforest, alpine meadows, moorland, desert uplands, right up to icy glaciers!” 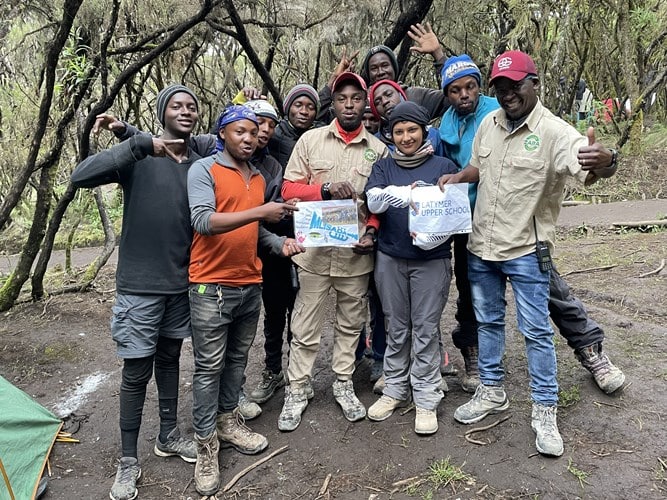 “What Siddhangana has done is truly incredible,” said Mrs Marley, who leads Latymer Uganda Project. “I’m so impressed at what she personally has pushed herself to achieve and that she’s done it to help others. Her fundraising is to be applauded and this money, will make a huge difference to the children M-Lisada supports.”