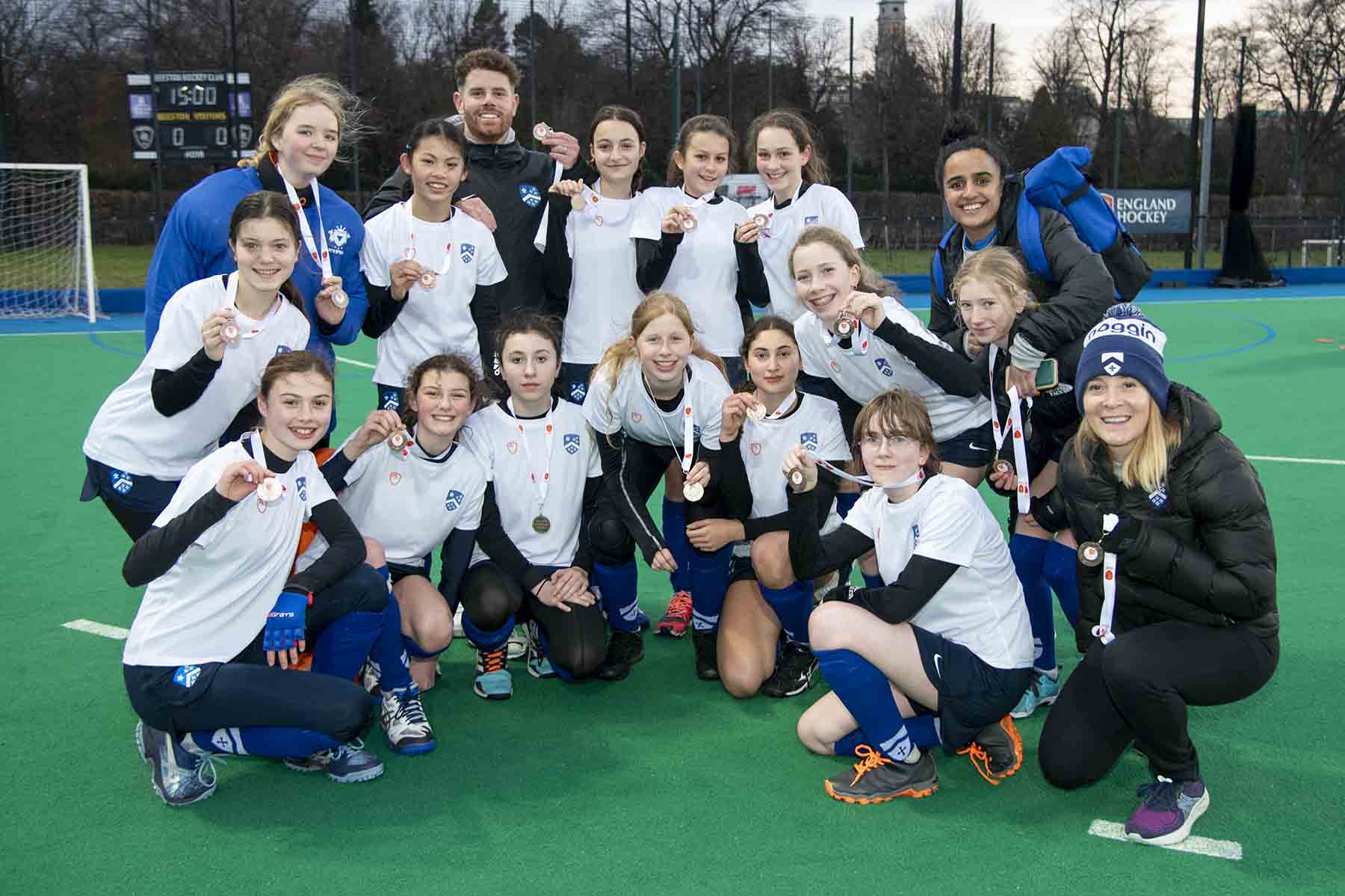 Congratulations to our U14 Girls Hockey team  who made Latymer history yesterday competing in the Tier 2 U14 National Hockey Finals.

Head, Mr Goodhew, Natalie Maclean, Head of Sport, Jasleen Gill, Head of Hockey and Hockey Coach, Mike Benson were at Beeston Hockey Club in Nottingham to cheer the team on as they faced  some tough competition in their pool from Durham School, Bedford Girls School and The Abbey.

After a tough match against Durham School which resulted in a draw, they then had a bruising encounter against Bedford Girls, losing 4-0 before pulling back a win against The Abbey, 1-0, to end up second on their pool. That propelled them into the playoffs where they sadly lost by 1 goal to Ratcliffe College.

The team left Nottingham with their heads held high and can now proudly claim to be in the top 4 teams in the whole country! 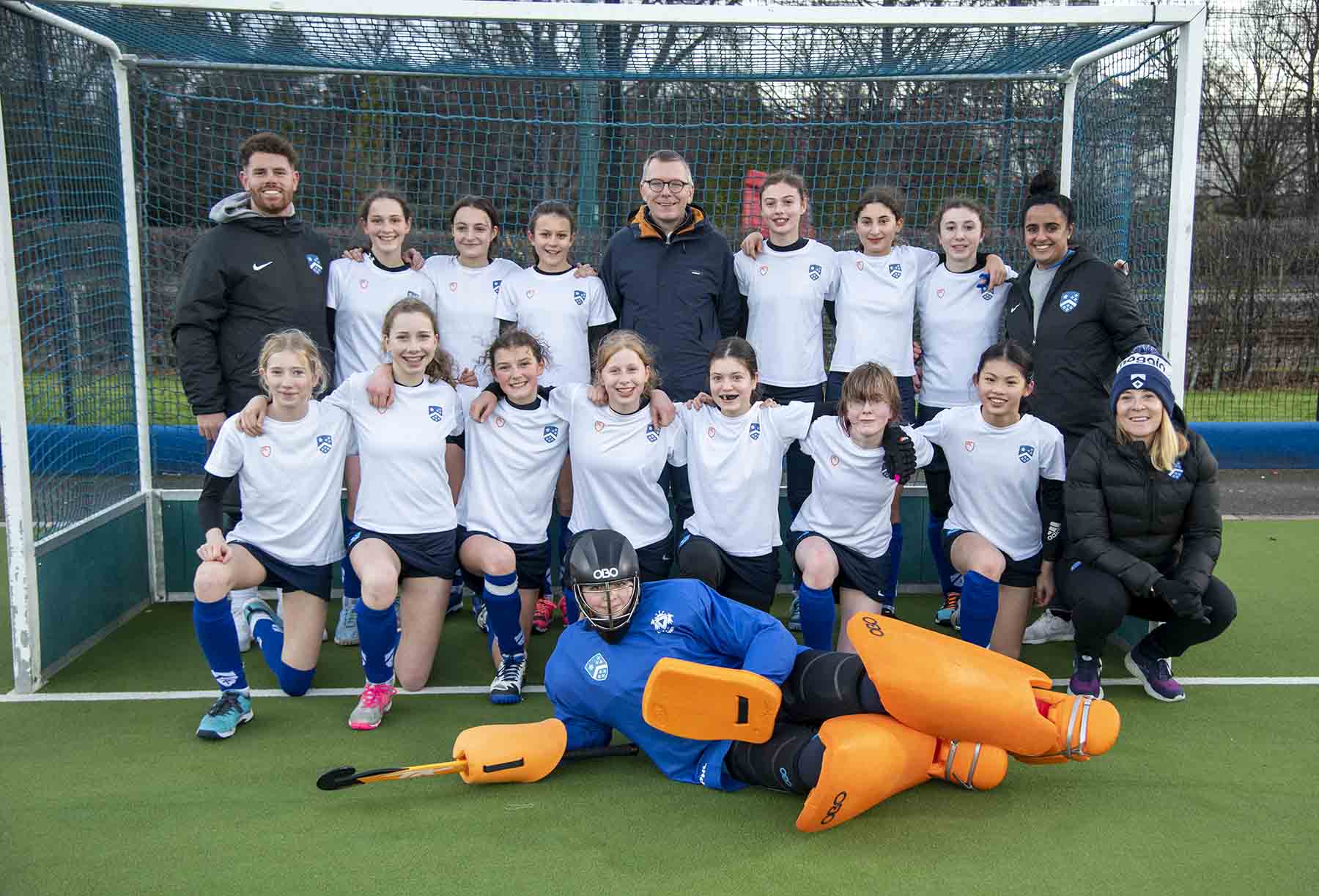