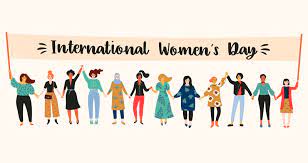 Since 1975 when the UN officially recognised International Women’s Day, on 8 March every year, people in more than 80 countries worldwide celebrate the social, economic, cultural and political achievements of women.

On the day itself and throughout the week, students and staff marked International Women’s Day through a variety of events and activities across lessons and extracurricular clubs and societies. 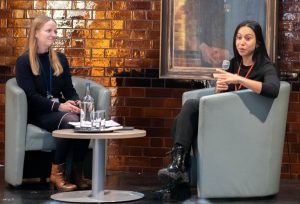 We were thrilled to have alumna and Human Rights barrister, Camila Zapata Besso (read more about her below), come into the School to give a special IWD talk to students, both at Latymer and our partner schools. 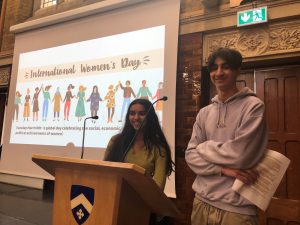 Sixth Formers, Aryana and Daniel, from Latymer’s FemSoc kicked off the celebrations early last week when they delivered some special IWD themed assemblies for their peers in Years 9, 10 and 11.  Aryana and Daniel talked to students about IWD, why we celebrate it and things for students to bear in mind as they take part in the activities -from allyship to intersectionality, inclusive mindsets to challenging our own biases. Here’s what our students had to say when they left the assembly (Insert video here).

Staff marked the day by talking to students about gender equality through the lens of their topic. In Sciences they looked at the role of women in scientific discoveries, why its important to support women in science as well as the importance of inclusivity in STEM. In Modern Languages students discussed the role of women in those countries from Angela Merkel, to Simone de Beauvoir and Marie Curie, whilst in Economics students looked at 13 women who transformed Economics. In Religion and Philosophy students explored the changing relationship patterns and attitudes to women’s roles in the home, gender inequality and women’s rights. Students were also able to watch the IWD Parliamentary debate live-streamed on the big screens in the Library.

As a School we also celebrated our incredible alumnae who have gone on into a wide variety of careers from music and the arts to science, technology, medicine, law and politics including: 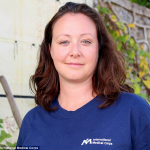 Georgina Grundy-Campbell (Class of 1998) who was in the first cohort of girls to join Latymer’s Sixth Form when it went co-ed 25 years ago. Georgie worked in West Africa for several years on an EU funded programme to build a mental health system when the first cases of Ebola were reported. She joined the International Medical Corps in Sierra Leone to design a programme that would look after the mental health and pyscho-social need of Ebola patients, their family members, community members and medical staff. Her most recent mission has been to help with the Syrian refugee crisis in Antakya, Turkey. Georgie’s work as a medic in the field of mental health has taken her all round the world to work with communities torn apart by conflict or epidemics. She has been awarded the MBE and the Operational Service Medal in recognition of her work in the Ebola Response mission in Sierra Leone.

“I really loved Latymer. My best memory is of the Politics and Philosophy discussion groups that were run by my favourite teacher, Mr Bearman. He  was amazing – such a great teacher and so supportive. I’ve got life-long friends from Latymer whom I’m still in touch with. They’re so supportive. When I first went out to Sierra Leone I started a small charity – the Ngbotima Charity Trust – I’m still running it. A lot of my Latymer friends have been really important in helping me do that.” 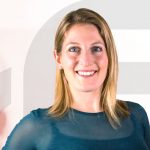 Fran Boorman (Class of 2000) who has gone from strength to strength since leaving Latymer and is now an award-winning entrepreneur with a £9m-turnover business portfolio. She was voted the UK’s No.1 Female Business Influencer in 2019 by Global Woman, having built a high-performance business which became the fastest growing in its sector with a nationwide team of over 1000 people due to a unique mentoring culture that she developed leading to increased diversity and inclusion.

In 2018 Fran founded a ground-breaking new training company, www.Goal17.global. Goal 17 is recognised as delivering the UK’s number 1 mentor training programme (sports-led) and were featured in Forbes just 8 months after launching.

Fran has become a key spokesperson for Social Enterprise, women in enterprise, mentoring and sports business in the UK, representing these interests in government and the media. Having authored an international bestselling book, she is a TEDx Speaker and a regular contributor on BBC Radio. Alongside her own business interests, she has supported over 1,000 individuals start their own enterprises. Fran also serves as a Non-Executive Director in the hospitality sector. A regular keynote speaker, Fran has inspired audiences in excess of 4000 people. Her ultimate aim is to trail-blaze new methods for industry creating a deep understanding that ‘Business for Good is Good for Business’.

“I came to Latymer for the Sixth Form in 1998, before that I was at an all-girls school. I was one of the first intakes of girls, so it was quite a change going from an all-girls environment to a then all-boys school, but they were two of the best years of my education. I had the most wonderful time and I learnt so much.” 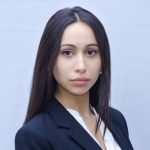 Camila Zapata Besso (Class of 2010) joined our Sixth Form on a full bursary in 2008, having previously attended an inner-city state school. She is now a barrister specialising in human rights, asylum and public law. She recalls the “life changing” opportunity she was given to excel at Latymer, driven by the high quality of teaching and attainment of her peers. The wide ranging extra curricular activities on offer, extension classes and “wealth of support” she received in the run up to her A-levels and university applications pushed her to realise her full potential. Through a connection at Latymer she secured a month of work experience with criminal defence and human rights lawyers who inspired her to pursue a career in law. She recognises how privileged she is to have had access to these opportunities and is now determined to help others.

“Latymer gave me the opportunity of self-discovery. I came, unsure of my place in the world and the impact I could have. I left confident and determined to make a mark. What I learnt inside the signature red bricks walls of Latymer, both in academic and extracurricular terms, have proved indispensable in the world beyond. I can only imagine where it will take me next.”