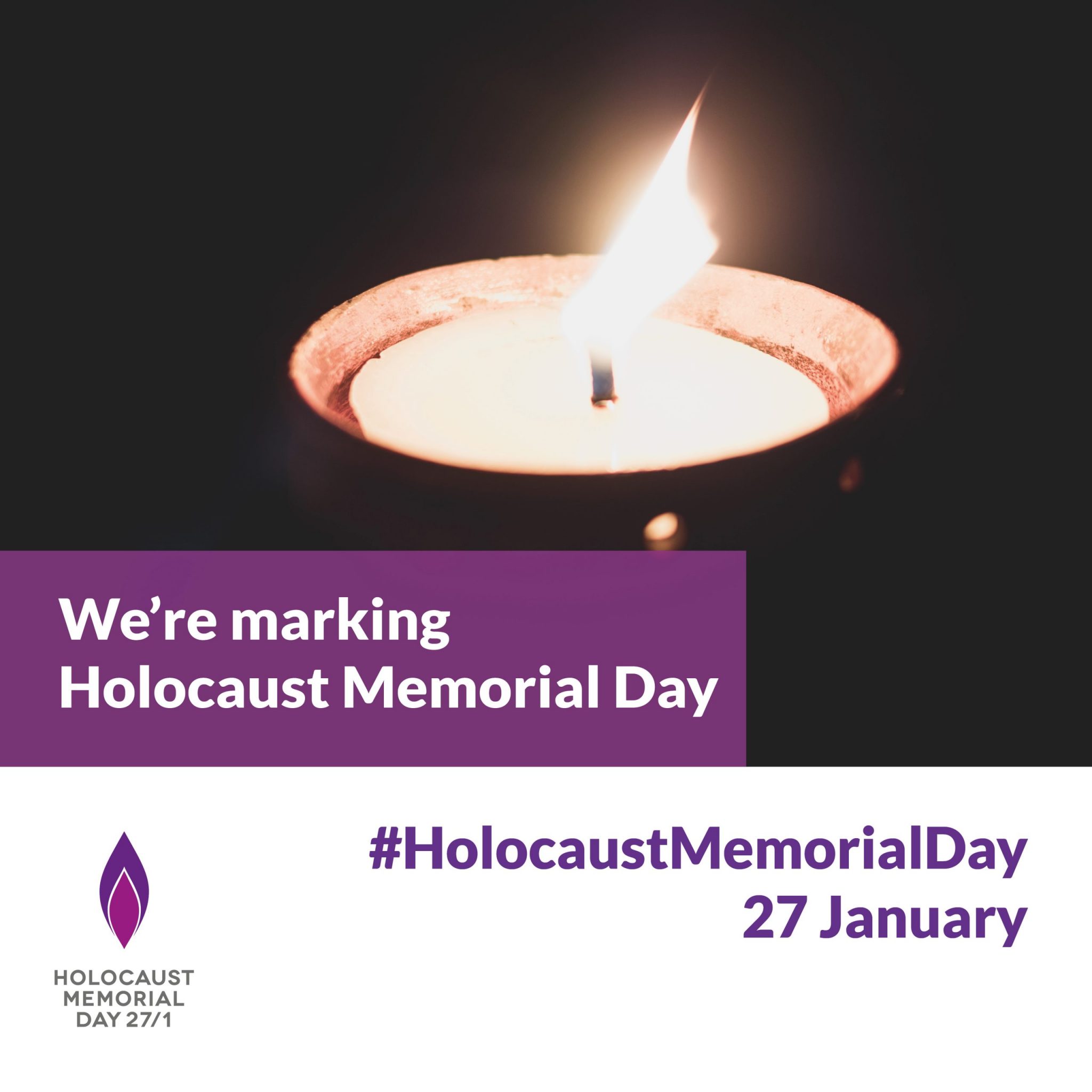 At Latymer we are marking Holocaust Memorial Day on Thursday 27 January 2022.

The date marks the liberation of Auschwitz and on this day much of the world pauses to remember all victims of the Holocaust and the genocides that have followed around the world, such as Cambodia, Rwanda, Bosnia and Darfur.

The theme for 2022 is “One Day” and students are taking part in assemblies to reflect upon and learn about the theme. On 9 February, we will be welcoming to the School, Hephzibah Rudofsky, daughter of a Holocaust survivor, (Lady Zahava Kohn) who will be speaking to our Year 9 students about her mother’s story.

A bank of resources has been created which is being shared with the community. Head Librarian, Ms McCargar has collated a selection of historical and biographical novels, as well as history books, life stories and survivors’ testimonies so that students can find out more for themselves. Ruth Taylor-Bell, Head of Art History, has recorded a talk about the architecture of Daniel Liebeskind’s Jewish Museum in Berlin and Rachel Whiteread’s Judenplatz Holocaust Memorial in Vienna and the History Department has developed a special lesson following the lives of 12 victims of the Holocaust. There is also the testimony of Holocaust Survivor Steven Frank, whose nephew Nick Frank is a Latymerian (Class of 1981), and a moving interview with Latymer parent, Anita Lasker Wallfisch by historian, Taylor Dowling (Class of 1971).

The School is encouraging Latymer families to take part in the official, national activity being organised by the Holocaust Memorial Day Trust on Thursday 27 January, starting at 7pm and ending at 8pm with a nationwide candle lighting. The event reminds us to honour those who were murdered for who they were and to stand against prejudice and hatred today.