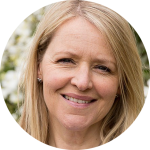 Eira works with parents and athletes across many different sports and at every level. She believes passionately that sport can be a force for good, teaching young people valuable life lessons, but that it should also be fun, for athletes and parents alike.

As an Olympic level British Rowing coach Eira had identified a need to create better support and education for parents of high-performing young athletes. “Parents need to feel confident that they are doing all they can to help their child fulfil their potential, yet should also enjoy the journey that involvement in sport offers,” she said.

Originally from a teaching background, Eira worked in both primary and secondary education. Throughout her teaching career she was involved in coaching rowing, achieving many national titles with the school boat club. Eira then took up a post at British Rowing with the GB Start Programme, which recruits potential talent across the country. She was successful in this role for eight years, achieving national and international successes with both crews and individuals. Notable members of Eira’s squad were Helen Glover and Heather Stanning, who went on to win Britain’s first gold medal of the 2012 Olympics in the women’s pairs event and defended their title at the Rio 2016 Olympics.

Parents and students really enjoyed the talk and congregated for drinks in the Atrium afterwards.