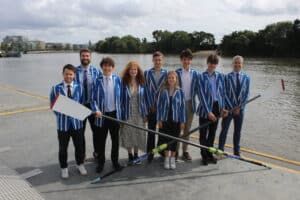 “This has truly been an incredible summer for Latymer Upper Boat Club,” said Latymer’s Head of Boats, Mr McGee. “It’s wonderful to have had invitations for both the boy’s & girl’s GB rowing squads. As a club, we’re incredibly proud of what these pupils have achieved and the experience they now bring back with them into the Senior squad this season.”

Oscar was selected to be Captain of GB’s U16 Team at the GB versus France Match. At the Opening Ceremony in Paris, he had to speak in french on behalf of the team. The coxed IV consisting of Oscar, Alec, Jack and Leo, and coxed by Marnie, was coached by Nick Laws of LUSBC, who also accompanied them to the competition. They had an incredibly tight race, sadly just losing at the final stages. 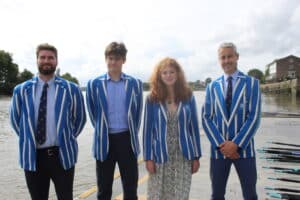