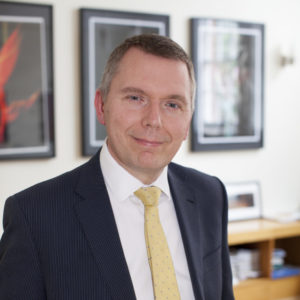 2017/18 has been an unusual year, with more than its fair share of highs and lows, not to mention elemental upheaval: the ‘Beast from the East’ closed the School for a day, while flooding closed King Street for a week. The official explanation for the flood was a burst water main, but I know that it was really caused by our parents’ tears of joy that the teachers were once more victorious in the Parents’ Gild Quiz Night.

The year began on a high with a splendid crop of examination results. At A level, 34% of grades were A*, 73% A*/A, 92% A*/B; 3 of the 5 top-performing A level physics candidates nationally were from Latymer, further justifying the Institute of Physics’ award to our department for being nationally outstanding. At GCSE, 70% of grades were A*, 91% A*/A, 100% A*-C. 29 students took up places at Oxford or Cambridge, with 28 holding offers this year; 20 students took up places at top universities in the US/Canada, with 16 admitted this year (including to Princeton, Stanford, Yale and MIT). In addition, this year has seen one student admitted to L’Ecole Polytechnique having scored in the top 1% of several thousand applicants, and another student offered early admission to Bocconi.

Sport is another award-winning area of school life. In Football, the 1st XI enjoyed a superb season of normal fixtures, and inflicted a wopping 8-2 defeat on the mighty Shrewsbury in the ISFA Cup; they were unfortunate to lose to Millfield in extra time of the L16. In Netball, the 1st VII became Middlesex Champions (as did our U13s) and narrowly lost a nail-biting game (39-40) in the L16 of the national cup. In Rugby, the U15 and U14 teams have been on especially good form, while in Hockey all three senior teams notched up impressive victories. In Cricket, every age group has reached the semi-final of their respective cup competitions, and two Y7 girls (Charlotte Stubbs and Flossie Smith) have been selected for Middlesex, in addition to representing H&F in the London Youth Games. Our swimmers have enjoyed plenty of team and individual success: the Y9 girls won silver and bronze at the Bath Cup, Spencer Williams won gold at the London 100m fly, Clara von Opel won 2 golds in the 100m breast-stroke at the Middlesex Championships, but pride of place must go to Balthazar Bradshaw in Year 7 who won four silver and two gold medals in the U14 para-swimming national championships and five golds at the London Championships. In rowing, the WJ15 and Girls Champ 4x won Schools’ Head (course records); 29 crews participated in the National Schools’ Regatta winning 3 gold, 2 silver, 2 bronze medals. This week at Henley Royal Regatta our boys’ 8 will row in the Princess Elizabeth cup, while an unprecedented 3 girls’ quads will compete in the Diamond Jubilee.

This year has seen every conceivable musical style performed to the highest standards. Choral music included Carmina Burana at St John’s Smith Square, while the orchestra took on Shostakovich’s 5thsymphony. Our jazz musicians had everyone’s toes tapping at the 606 Club, while Raphael Wallfisch and his trio enchanted a packed recital hall with intimate chamber music. The range of material in Drama has been equally wide, encompassing ‘Wendy and Peter Pan’, ‘Pride and Prejudice’, ‘13’ (the musical), and ‘The lion, the witch and the wardrobe’. I wish our actors and musicians every success with ‘Made in Dagenham’ at the Edinburgh Fringe this summer.

And finally, another highlight of the year was the launch of our Inspiring Minds campaign, which aims to raise £40m by 2024 (our 400th birthday) to support 1 in 4 students with bursaries. The launch could not have gone better, thanks to the whole-hearted support of our students; so far, thanks to the combined efforts of our annual bursaries appeal, RAISE (our student fundraisers) and a spectacular Gala Dinner, we have raised £21m. According to the ISC census, 33% of pupils in independent schools receive “fee assistance”, but only 8% are means-tested, and a mere 1% are free places. Next year at Latymer, 175 students will join the School on means-tested bursaries – more than an entire year group or the whole Prep school – and the majority of them will be on free places. In partnerships and outreach, this year we have collaborated with over 50 local schools and impacted over 1000 local children, and so it was wonderful to receive the TES Award for “State-Independent Partnerships”.

None of this success inside or outside the classroom would be possible without dedicated, hard-working and talented colleagues; I believe that Latymer is blessed with teaching and support staff of the highest calibre and was thrilled when we  received the TES ‘Independent School of the Year’ award. Indeed, several staff are award-winners in their own right: Mrs Scott in the Foundation Office received the CASE award for school engagement, while Mr Goldsmith was awarded ‘Politics teacher of the Year’.

After such a year, we’re all looking forward to a relaxing summer break!