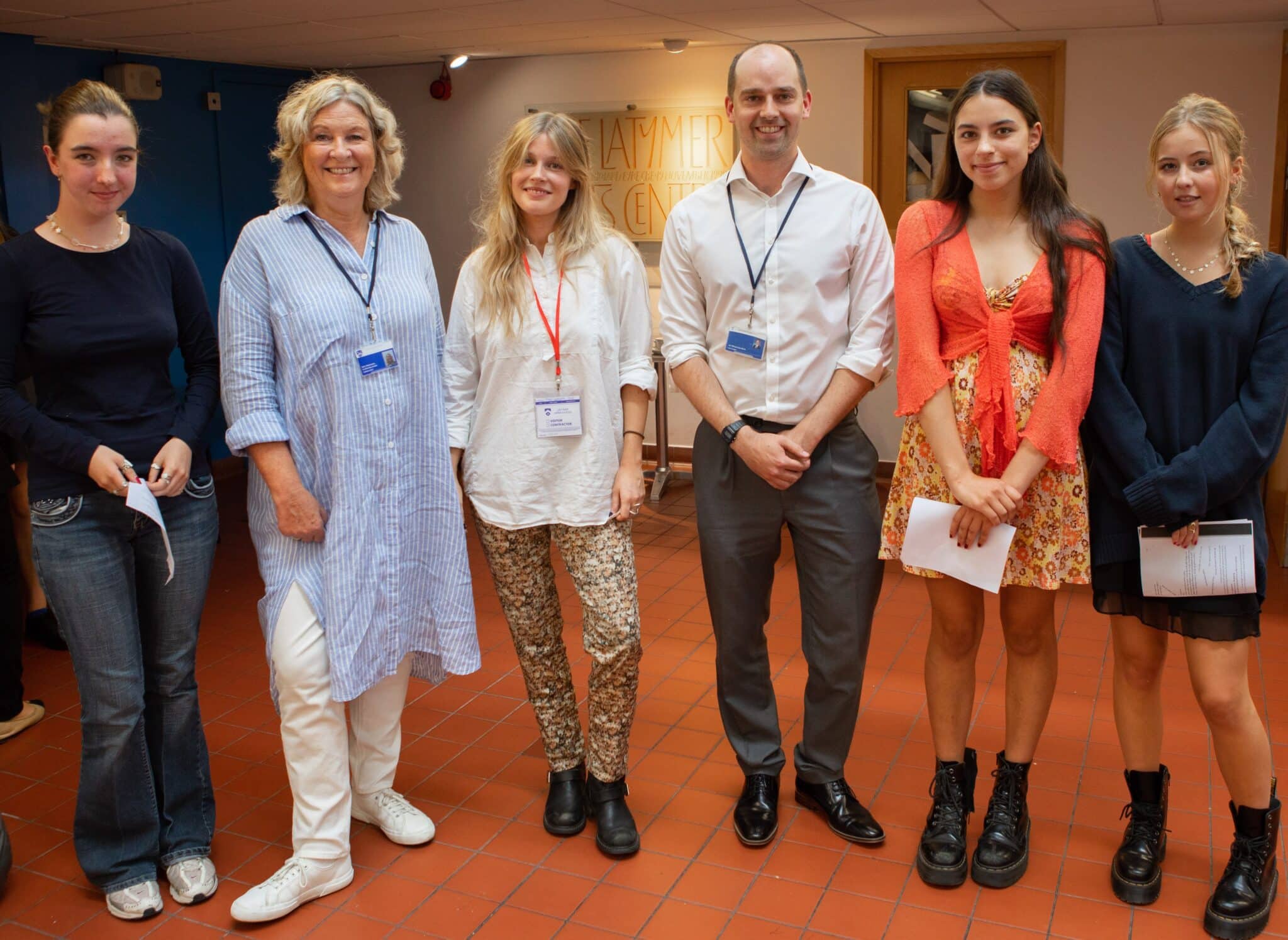 Booker Prize 2022 nominee and Latymer alumna, Maddie Mortimer (Class of 2014), returned to Latymer on Monday 12 September, to talk to current students about her award-winning debut novel, Maps of our Spectacular Bodies.

The Edward Latymer Theatre was packed for the event which was hosted by Mr  Mitropoulos-Monk, Head of English. Year 12 students, Marnie and Hannah gave readings from Maddie’s book and Rachel led a Q&A. 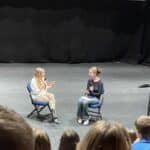 Mr Mitropoulos-Monk said: “I remember Maddie as a student performing in this very theatre. She sang, too, releasing the first single on Latymer’s very own record label, 32 Bit Recordings in 2013. And, of course, she wrote.”

“Maddie released her debut novel “Maps of Our Spectacular Bodies” in March of this year. How she developed as a writer in those intervening years Maddie kindly covered in her talk today. “Maps” is astonishing. It brims with creativity, emotion and wisdom. I was blown away when I first read it. I haven’t shut up about it since – I gave it to my mum for her 75th birthday, I shared it with friends on holiday, I’ve made the Year 12s read it over the summer, and I’ve exhorted many others, including the Year 13s, to do the same. I’m grateful to Maddie for so readily agreeing to come in today when we started planning this back in April.”

Its been a busy year for Maddie. “Maps” won the Desmond Elliot Prize in July and she’s been approached about TV and theatre adaptations; over the Summer she was nominated for the Booker Prize – the most prestigious literary prize in the world. “Let’s put this into context,” said Mr Mitropoulos-Monk.”188,000 books were published in the UK in the last year. And let’s not forget that publishers only publish 1-2% of the submissions they receive. So, at aged 26, with her debut novel, to make the Booker Prize top 13 of those hundreds of thousands is nothing short of extraordinary.” 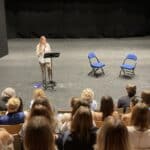 Maddie told students: “Writing, to me, and I think this applies to the arts in general, is, at first, an act of self-excavation. It is the best way of knowing and then losing oneself entirely, of understanding and then remodelling the world around you.”

“Your voice, however they find their form, could be a source of light in a cultural climate that can often feel shallow, cruel, violent, or simply apathetic, Because writing and reading are, above all, quiet acts of empathy.”