A Level results day at Latymer 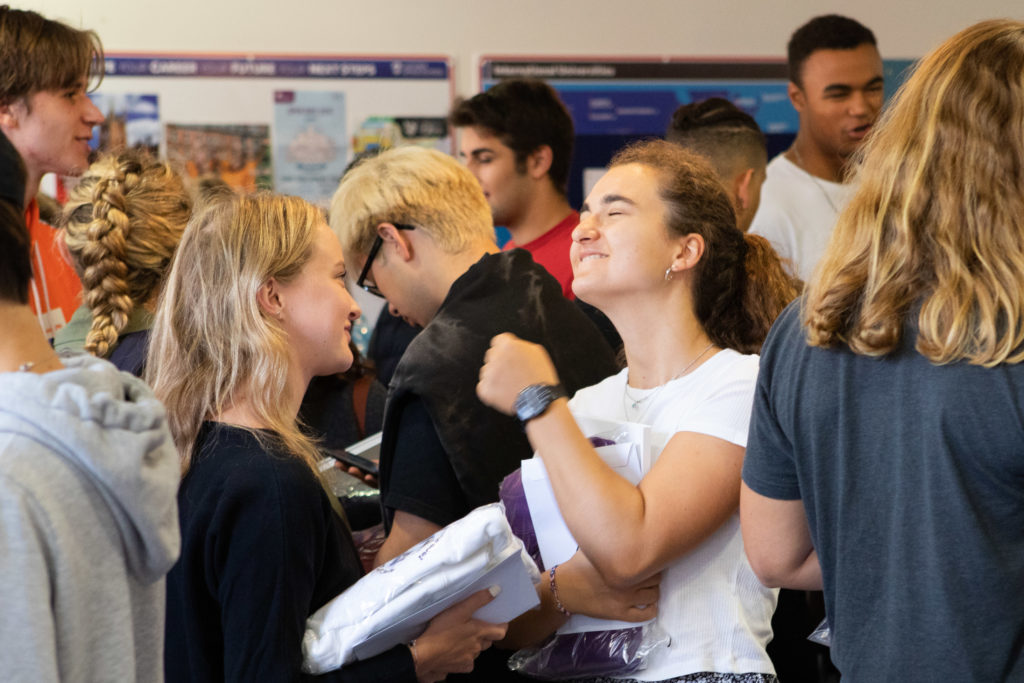 Latymer Upper School Head, David Goodhew, said today: “The Class of 2019 have exciting futures to look forward to in the next stage of their educational journey.  Our pupils are encouraged to foster an international outlook on life during their time here so it’s no surprise that many will be studying abroad, the majority in the US. I’m proud of all our pupils, who work hard both in the classroom and in their many co-curricular activities, and the breadth of their interests is borne out in their choices of higher education study, from Aerospace Engineering to Music and Technology. I’m particularly proud of those students who joined Latymer in the Sixth Form and who have settled in to become such excellent Latymerians, achieving high scores across the board.  My colleagues also deserve praise for their work in supporting and inspiring our pupils throughout their time at Latymer.  We wish all our school leavers well in their further studies.”

Behind the statistics there are many individual success stories:

21 students are off to top US universities including Josh Willcox, who was awarded 4A* and Alex Wright, who received 3A* and an A grade – both will go to Harvard – and twins Cecile and Felix Ramin who are off to Yale and Chicago respectively.

Roya Sabbaghi, who received 4A*, and Melita Gostelow, who has 3A* grades, are both off to Oxbridge to study Engineering and Natural Sciences, respectively, whilst Sophia Rzym will go to Sheffield to study Aerospace Engineering. Noor Sawhney, with 2 A* and 2A is heading to Imperial to study Computing

In the arts field, School Captain Wilkie Morrison is heading off to RADA, and Darla Matthews will be going to the Courtauld to study History of Art. Selena Ridsdill Smith will be embarking upon Kingston University’s Art Foundation with a clutch of A* grades.

Pupils who joined Latymer in the Sixth Form have done exceptionally well:

Pupils who joined Latymer in the Prep School at 7+ celebrated great grades, including:

We wish all our sixth form pupils good luck in their future studies.