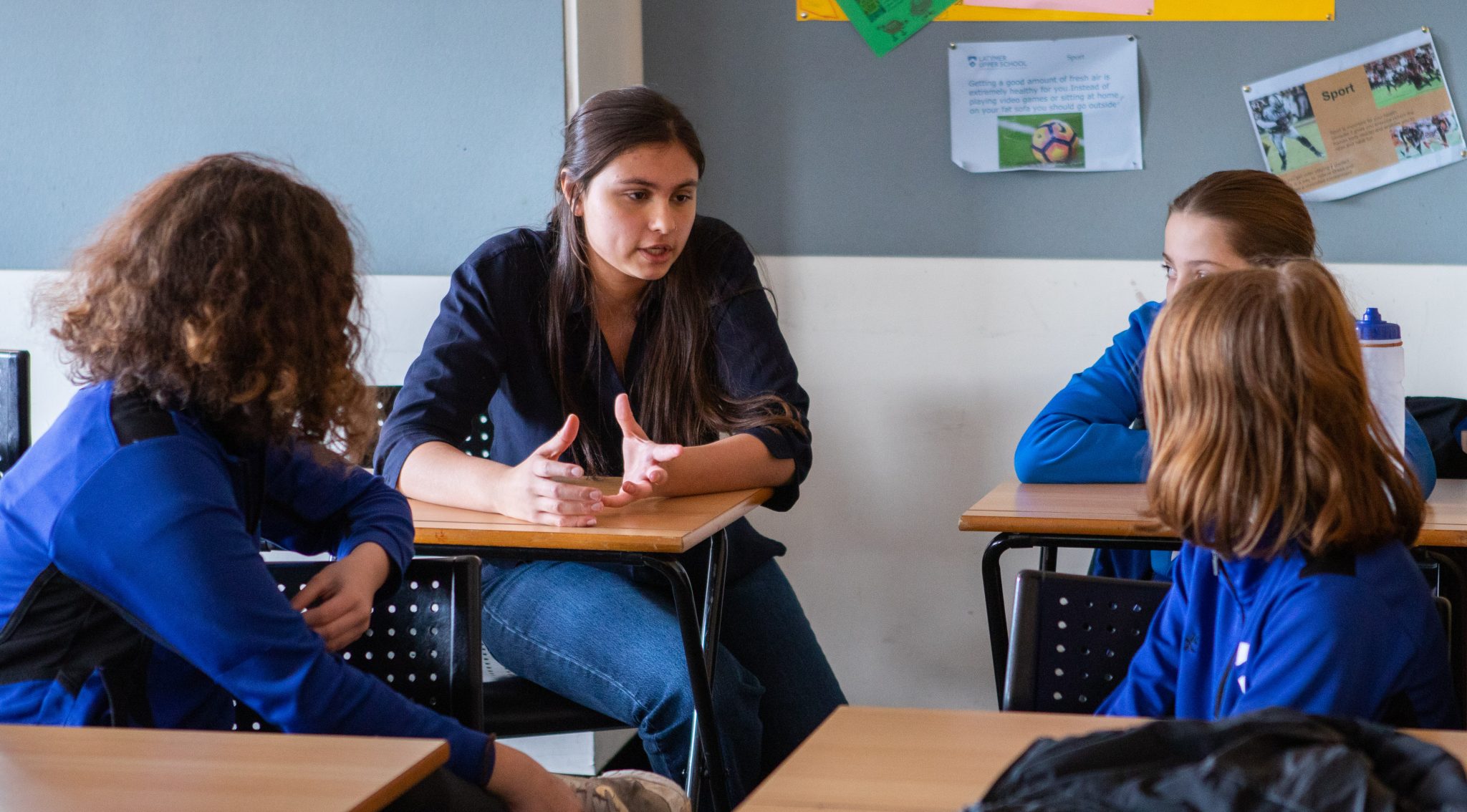 The ‘Common Humanity Project’ is the brainchild of Y13 students Priya and Ben. Over the Autumn and Spring Terms of the 2021/22 academic year, they and 35 fellow Sixth Formers, have run three sessions for every student in Year 8. The sessions ran during form time, and whilst overseen by form tutors, the content and discussion is wholly directed and led by the Sixth Formers.

“Like everyone else who read them, I was horrified by the testimonials on Everyone’s Invited and the Ofsted report into peer-on-peer abuse which followed shortly afterwards,” says Priya, who came up with the idea for the Common Humanity Project. “As a School Prefect I was involved in the listening and discussion groups that were set up in the wake of the testimonies being published. It felt like we all really needed to be having frank conversations about the issues being raised, but that not everyone felt comfortable talking to teachers about it,” Priya continues. “When it came to tackling issues of online abuse and peer-to-peer abuse, we wanted to get people talking openly about consent, sharing content across social media and learning how to speak out against things you don’t agree with, both online and in person. Something that Ben and I both felt was that younger years were facing these issues much earlier than anyone had previously thought; this was mainly what drove us to start working with Year 8, as we believed that opening up these dialogues earlier would make more of a difference. We wanted to run it with Sixth Formers because we felt they could bridge the gap between lower school students and their teachers, like we do with our Peer Mentor system. We’re not there to teach them PSHE, but to get them thinking about how to treat one another better through a range of relevant scenarios.” 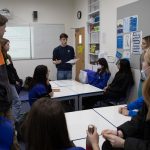 “A group of us in the Sixth Form got together and discussed what we could do to help, particularly with students lower down the School,” says School Captain Ben, who supported Priya with getting the project set up. “It felt like there were lots of people talking about the same things –  loss of control, unkindness and a lack of respect for common humanity. It was clear that it wasn’t just a problem at our school, it’s universal and whilst misogyny is nothing new, it felt like the digital platforms we all use and the effect of lockdown on young people had unlocked something and people wanted to share how they felt about what was going on and speak out. Mr Goodhew, Mr Chataway, Mrs Sellars and the Lower School Pastoral team have been brilliant; they’ve really encouraged and helped us to turn the idea into a reality.”

“Priya and Ben have been a joy to work with and we’re all thrilled at the success this has had with our Year 8 students,” says Mrs Sellars, Head of Lower School. “I’m delighted that we’ll be able to continue this long into the future, something I know Priya and Ben were very keen on. As a parent and a teacher I know just how hard it is to find the right balance; Instinctively, I know these young people know how to behave, they have a strong moral compass but that’s put to the test when they’re in a group situation or they are online and find themselves dealing with something unfamiliar; we need to make sure they have the confidence and wherewithal to make sound judgements and know there is support available to them. We want to prepare them for life outside the School gates, to be responsible global citizens making a positive contribution to society.”

“Latymer’s pastoral and academic peer mentoring programmes have been running successfully for many years and Sixth Formers get training in how to be effective peer mentors. Pastoral mentors help new joiners settle in to Latymer life and find their way around the site whilst academic mentors supporting other students in all years work through issues with subjects and course work. This training meant that our students were well prepared when it came to turning that training and experience to good use when dealing with these highly sensitive issue affecting young people,” adds Ms Sellars. “In the Lower School we’ve also launched the “Stand up/Speak out/Be Kind” campaign and there will also be Active Bystander training starting for students in all year groups this academic year.”

Watch this video to find our more about the project from Priya and Ben.