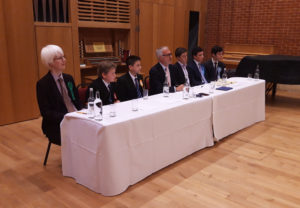 Over the last two weeks, six parties have been campaigning in a Latymer version of the European Parliament Election, debating, answering questions and canvassing. This culminated in the vote yesterday, with the results being announced at the end of the day by John Gilbert, our very own Returning Officer.

Eight MEPs were elected:  the winners were the Green party with 31.8% of the vote, the Lib Dems coming in second and Change UK in third place.  Congratulations should go to all those who took part and especially to Charlotte, Amelia and Gabriel for being elected for the Green Party. 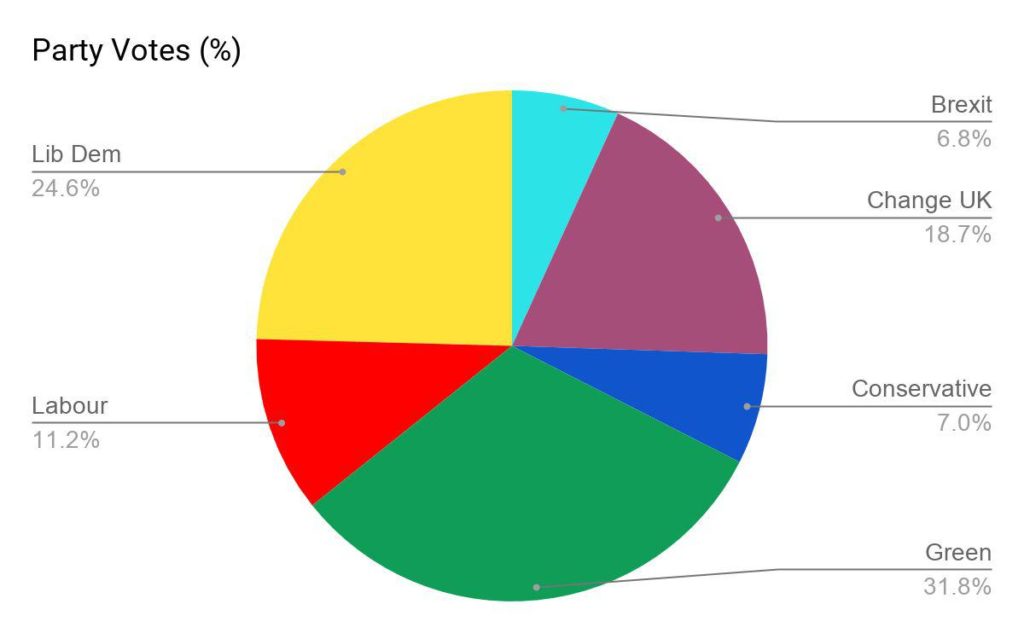